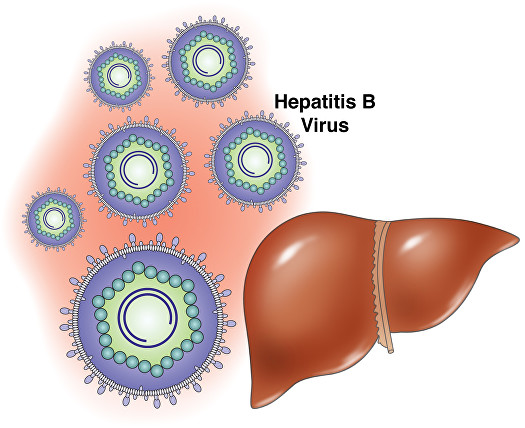 Hepatitis (B) is a serious viral infection which can lead to liver cirrhosis and even liver cancer.

Vaccination is offered to those travelling abroad to endemic areas as well as for occupational health reasons for those at risk of blood-borne diseases.

In some parts of the world, up to 10% of the population are carriers of the Hepatitis vaccine.

This vaccine is given as a course of three doses over six months, however it can be given in an accelerated course over 3-4 weeks for those requiring more expeditious cover.

Hepatitis – The risk for travellers

The hepatitis (b) virus is transmitted through contact with blood or body fluids from an infected person. It is a sexually transmitted disease and also a disease transmitted by contaminated needles and medical equipment.

Most tourists and short-term travellers are generally considered to be at low risk of catching hepatitis (b). However the risk of

infection may increase with certain behaviour and activities, particularly if you are a frequent or long term-traveller.

Expatriates, those travelling for a medical reason or with medical conditions and those visiting friends or relatives are also at increased risk of infection, especially in countries where hepatitis is highly prevalent.

Where is Hepatitis (B) prevalent?

Hepatitis (B) is present worldwide but is more prevalent in some countries than others. High prevalence regions are those where at least 8% of the population is chronically infected and include sub-Saharan Africa, most of Asia, and the Pacific islands. Parts of Eastern Europe, Greenland and some of rural Northern Canada also have a high prevalence.

How can you catch Hepatitis (B)?

Transmission of the virus occurs when blood or body fluids (such as semen) from an infected person enters the body of a person who is not infected. The virus is highly contagious, which means that it can be passed on after exposure to a very small amount of contaminated blood or body fluids.

The main ways that you could be at risk are:

From exposure to infected blood, for example:

o by sharing needles or syringes when injecting drugs

o through blood transfusions (donated blood is screened in the UK for viruses such as hepatitis (B), but this may not be the case in some other countries)

o a pregnant woman with hepatitis (B) can pass it to her baby, or it can be passed from child to child

  Hepatitis (B) is a serious disease caused by a virus that attacks the liver.

Hepatitis (B) – what are the symptoms?

Not everyone develops symptoms, but if you do experience symptoms it might take two or three months for them to appear after exposure to the virus.

Symptoms of the disease include nausea and vomiting, lack of interest in food, abdominal pain, and possibly a mild fever. You may also become jaundiced (yellowing of the skin and eyes) which is a sign of liver damage.

Most adults recover with no long-term problems but some go on to develop severe liver damage which could be life-threatening.

Some people might continue to carry the virus but remain unaware that they have contracted hepatitis (B). This is called chronic hepatitis (B). Chronic carriers of hepatitis B remain infectious to others and are at risk of progressive liver disease, which develops over many years, potentially resulting in cirrhosis or liver cancer. Children infected at birth or in childhood are more likely to become a chronic carrier than those infected as an adult.

Hepatitis (B) affects up to 10% of people in SE Asia, sub-Saharan Africa and South America

This viral disease is incurable and very easily transmitted. It can lead to liver cirrhosis and even liver cancer.

Accidents abroad are more common than you might think – in fact, they are the commonest adverse incidents in British subjects abroad.

Prevention – measures before you go

A vaccine is available for travellers considered to be at risk of hepatitis (b).

Talk to your healthcare provider for advice about vaccination against hepatitis (b) and other diseases for your chosen destination.

Remember that even if you have already had a particular vaccination you may now need a booster.

If you are travelling abroad for medical treatment it is important to realise that standards of care in some countries may differ to that in the UK, and there may be a risk of diseases such as hepatitis, human immunodeficiency virus (HIV) and hepatitis (C) during medical procedures.

Ensure your healthcare provider is aware you are travelling for medical treatment so they can advise you appropriately.

It is important that you take out adequate travel and health insurance as an emergency abroad can be extremely expensive. Always declare any existing conditions and be aware that travel insurance may exclude treatment of such conditions.

Ensure that the cost of repatriation is included in your insurance. Standard travel insurance is unlikely to cover any extra costs associated with travel for medical treatment so it is important to advise the insurance company of your plans.

Further information regarding health insurance and travel is provided by the Foreign and Commonwealth Office (FCO) online (www.fco.gov.uk).

 Book an appointment with your doctor or nurse for a pre-travel consultation at least 6 weeks before you are due to travel.

An accelerated course of Hepatitis (B) vaccines is available with three doses given over three to four weeks as follows:

This schedule necessitates a booster dose after one year.

The standard schedule consists of three vaccines given over six months as follows: 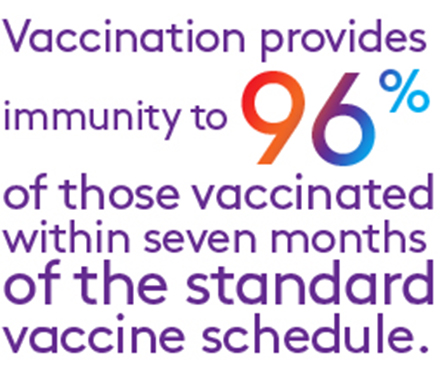 Measures during the trip

Measures after the trip

If you needed hepatitis (B) vaccine before you travelled make sure that you receive any further doses that may be required on your return; it is important to complete the full course of vaccines.

What should you do if you think you could have been exposed to the virus?

If you found yourself in a situation on holiday where you could have been exposed to the virus, make an appointment as soon as possible to discuss this with your doctor or nurse.